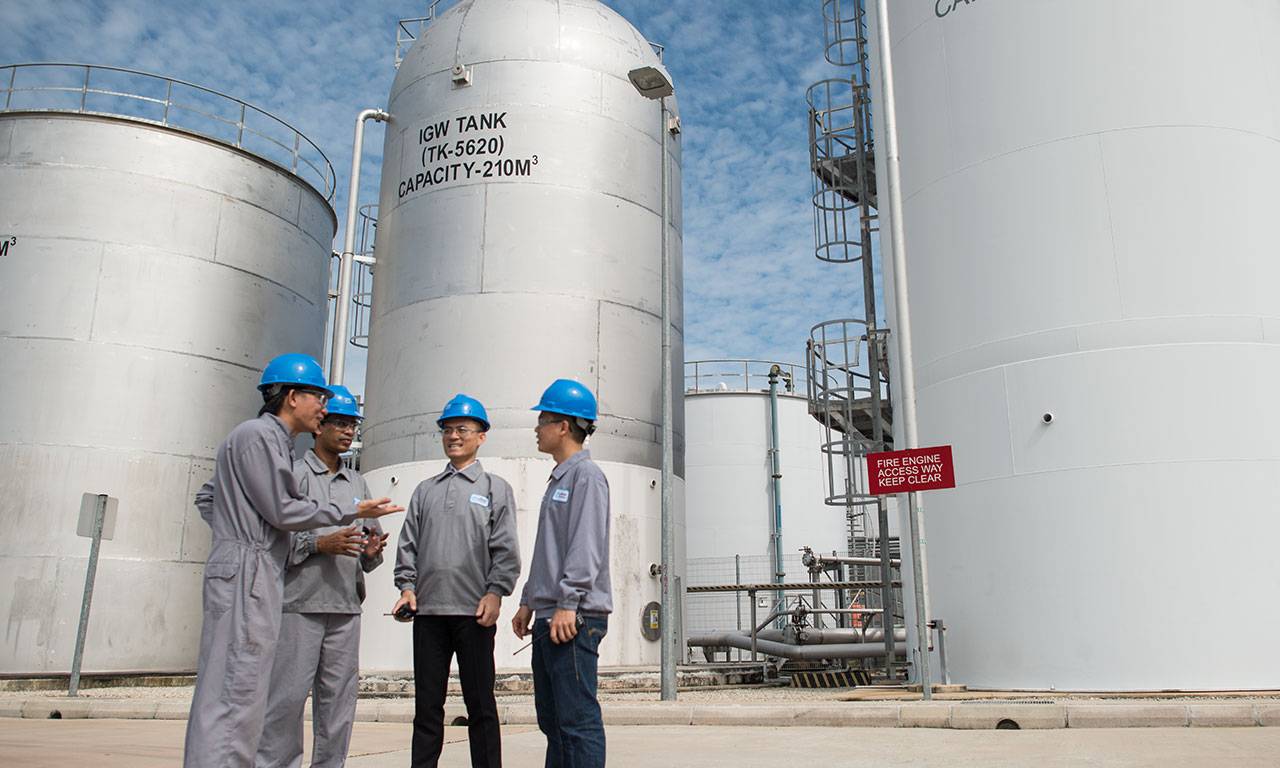 Saving Water Even As We Grow

In Singapore, we make nutritionals for a growing market, while lowering water usage by nearly 30 percent in the past three years – a boon in this water-stressed region.

Abbott Manufacturing Singapore (AMS), Abbott Nutrition’s largest investment and first nutrition plant in Asia, is designed to meet the region’s growing needs for sustainable nutritional products. Singapore, with a large population and low supplies of freshwater, is rated an “extremely highly” water-stressed area by the World Resources Institute. To ease the strain on local water supplies, we planned our Singapore facility from the ground up to minimize water usage.

Throughout the plant, we incorporated water-efficient fittings, irrigation systems and cooling towers. These state-of-the-art systems for minimizing water waste, as well as provisions for energy conservation and recycling has earned the plant the Water Efficient Building (WEB) certification.

But our efforts to conserve water haven’t stopped there. Production at the Singapore plant increased 50 percent from 2010 to 2013, but water usage rose only 4 percent – which translates into a 28.8 percent drop in water use normalized by sales.

How do we do it? Abbott works constantly to lower water usage and recycle the water we do use. We are also proud to implement employee suggestions for minimizing water use. For example, employees working in the plant kitchen noted that recirculation pumps ran constantly, even when water was not being used. Now, thanks to their suggestions, the pumps run only when needed – about half the time – for a 50 percent drop in water and energy use.

Another group of employees pointed out that on production lines, large liquid nitrogen tanks used during the manufacturing process would freeze during use. Water was used to deice these huge tanks, requiring a significant amount of time and energy as well. Employees suggested installing extra evaporators, which effectively prevented freezing, and saved water and energy.

Taken together, employee-suggested environmental initiatives save the plant more than SGD 108,000 annually. With the help of our employees and other experts, we will continue to work toward our water conservation goals in Singapore and around the globe.

back to previous section

Please be aware that the website you have requested is intended for the residents of a particular country or region, as noted on that site. As a result, the site may contain information on pharmaceuticals, medical devices and other products or uses of those products that are not approved in other countries or regions.


The website you have requested also may not be optimized for your specific screen size.

Do you wish to continue and exit this website?

Links which take you out of Abbott worldwide websites are not under the control of Abbott, and Abbott is not responsible for the contents of any such site or any further links from such site. Abbott is providing these links to you only as a convenience, and the inclusion of any link does not imply endorsement of the linked site by Abbott.


The website that you have requested also may not be optimized for your screen size.

Do you wish to continue and exit this website?